Skip to content
Sachin Kundalkar started on his first novel at 20 and finished it when he was 22. The novel was Cobalt Blue, the story of a brother and sister who fall in love with the same man, and how a traditional Marathi family is shattered by the ensuing events – a work that both shocked and spoke to Marathi readers.
“Thankfully, no one calls it a gay novel anymore. That term is so passé. Now about 12 years later, I feel the brother and the sister are not two people but masculine and feminine sides of the same person. And the book is thus, in turns, a feminine and a masculine monologue,” says the author.
To be honest, to deal with a heartache is never an easy thing to do. But Tanay, he has been nursing one since he met him. He was living in uncertainty. He didn’t know if it was meant to last but he did know that there were emotions stirring up inside him. And that’s that. There was a longing for gestures and the kind of life that he knew he cannot have. What followed devastated him in so many ways. Except the fact that his beloved sister, Anuja felt the way that he did too. That left him baffled.

“We both disliked rude rickshwalas, shepu bhaji in any form, group photographs at weddings, lizards, tea that has gone cold, the habit of taking newspaper to the toilet, kissing a boy who’d just smoked a cigarette et cetra. Another list. The things we loved: strong coffee, Matisse, Rumi, summer rain, bathing together, Tom Hanks, rice pancakes, Cafe Sunrise, black-and-white photographs, the first quiet moments after you wake up in the morning.”

Anuja, a free-spirited teenager that she was accepts that she belongs to a transitional generation. Love had made her fierce to the extent that she gave up on those who had been compromising for her since they realized who she was. It was only when he left that she gave up and came back.

“I’m not a halfway person. Either I love or I detest. Him, I loved. I loved his quietness, his understated way with words, his independence, his ability to respect your space.”

Him, he was a wanderer. A painter, a reader, a cinephile; he was an ardent lover of art. He transformed the abode of an old couple into something so beautiful that despite his absence, the place haunts Anuja and Tanay. To be honest, a lot is left unsaid since the paying guest keeps his story to himself. And perhaps, it is the mystery that contributes to the blissful sadness of the story.

“This term- accomplished solitude- struck me deeply. And it slowly began to dawn on you that you did not need people around you when you were painting or reading, when you were watching a film with deep concentration, or when you sat down to eat, chewing every mouthful and savoring every flavor. You made loneliness easy on yourself.” 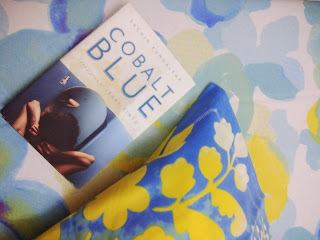 On the plot, it is so mundane yet so beautiful that you cannot not lay your hands on the book if you have read the blurb. On the translation, the vivid pictures hold such resemblance with a picture of a middle-class Marathi family in the late 80’s or early 90’s that an instant connection is established. On the narration, sure, the book is heart-breaking. The words are like a quiet tiptoe in a dimly lit room and the subtlety strikes so hard that a sense of helplessness seeps in. What stands out the most is perhaps the fact the simplicity of the book remains untouched despite the translation.

Anuja and her battle with depression is sad, true. But Tanay, holding his calm when the lonely heart is longing and his insides are twisting makes a lasting impact. A chaotic love triangle, the colors this picture takes range from dull, pale shades of blue to bright hues and the transitions are poetic.

Worth a read and multiple re-reads. A story that reveals itself in layers, that forces you to go back and forth between paragraphs definitely deserves this kind of attention.